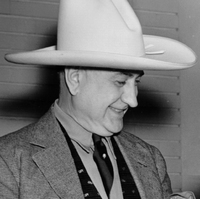 Amon G. Carter, publisher of the Fort Worth Star-Telegram, was a huge booster of TCU football. He led the campaign to build the football stadium that TCU named after him. Before the new stadium was built on the west side of campus, games were held in Clark Field, behind the Library. 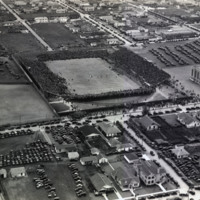 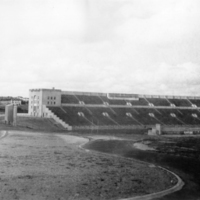 The new stadium on the west side of campus 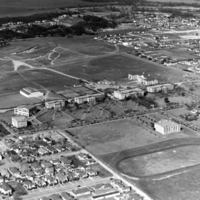 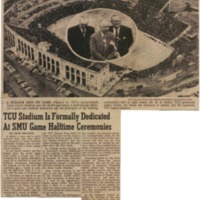 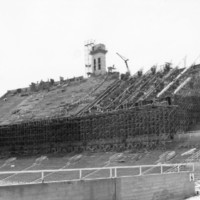 A press box is added to the stadium, accomodating 200 media personnel 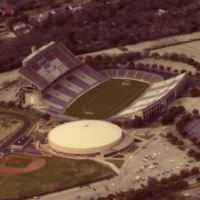 The stadium would soon be demolished and reconstructed 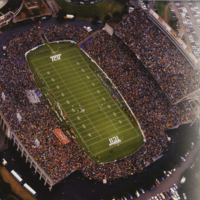 ← The 20s: Fateful Legacy
The 40s: Building on Campus Takes Off →
The Stadiums