The '50s: Construction and Renovation

The money raised for building and renovation in the '40s was put to work on campus in the '50s. Winton-Scott Hall of Science was built and the new Religion center was begun, containing The Brite Divinity School, Beasley Undergraduate Religion, and the Robert Carr Chapel. 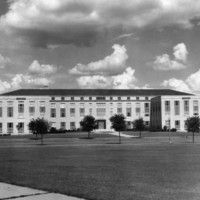 The Winton-Scott Hall of Science 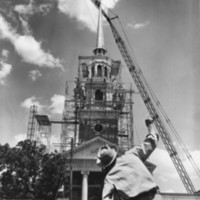 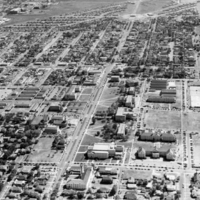 Barracks are behind the Library and Winton-Scott Hall of Science; on the east side, more are to the right of the Gymnasium 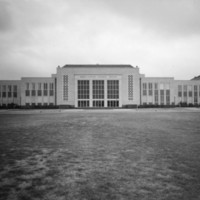 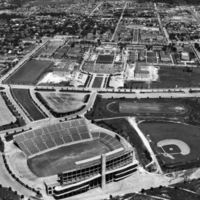 Construction of Colby Hall and Milton-Daniel Residence Halls; The Brite/Bailey renovation is far right in this photo 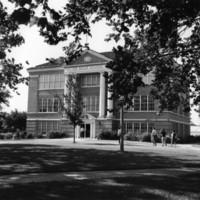 Brite College of the Bible is renovated and renamed Bailey Building 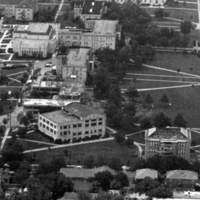 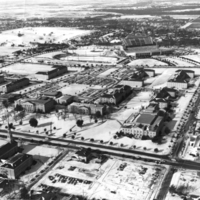 A house and parking lot occupy the site of the J. M. Moudy Building, which will be built in 1982; The Worth Hills Golf Course is upper left

← The 40s: Building on Campus Takes Off
The '60s: Focus on Worth Hills →
The '50s: Construction and Renovation