The 40s: Building on Campus Takes Off

The Building Program Committee had $5.5 million as its goal in 1941. The outbreak of WWII interfered with its building plans, but accruing the funding proceeded. Ed Landreth, an oil producer, businessman, and member of the TCU Board of Trustees, led the campaign, raising 80 percent of its goal. These funds would be used to build or renovate sixteen buildings on campus.

After the war, the government, in its wisdom, gave veterans the GI Bill, which caused a sharp uptick in enrollment and the necessity to use barracks on campus for additional classrooms and housing. 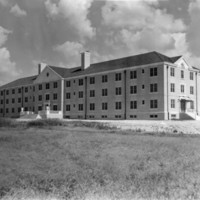 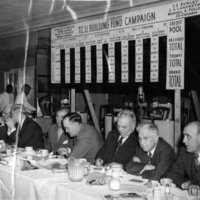 Ed Landreth, center of the table at a luncheon for the principals of the Building Fund Campaign; Fort Worth business people are named on the roster 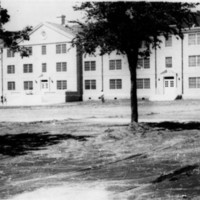 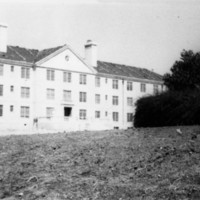 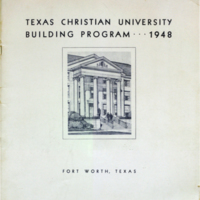 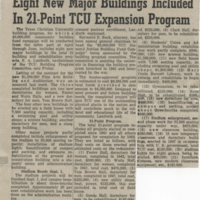 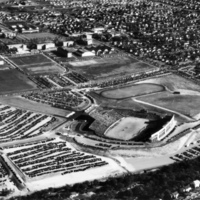 An aerial view of campus 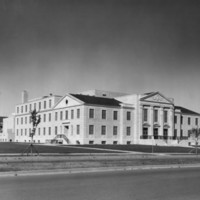 ← The Stadiums
The '50s: Construction and Renovation →
The 40s: Building on Campus Takes Off