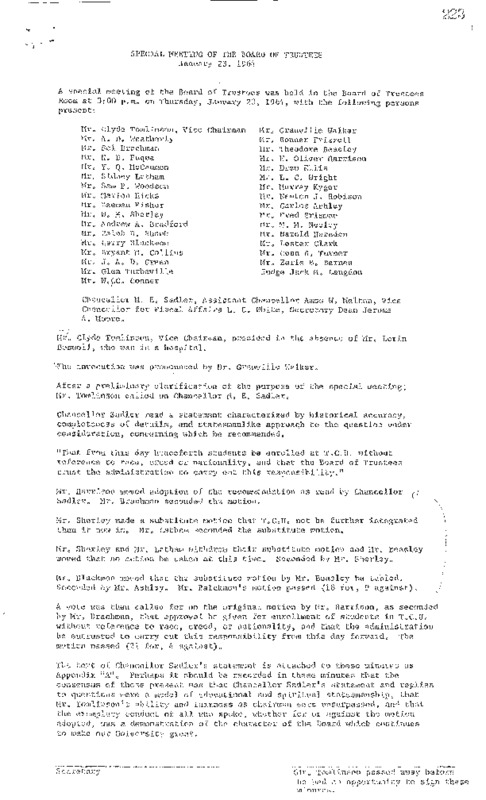 “That from this day henceforth students be enrolled at T.C.U. without reference to race, creed or nationality, and that the Board of Trustees trust the administration to carry out this responsibility.”

At the Board of Trustees meeting held in June 1963, Vice Chancellor James Moudy addressed the integration issue, calling segregation outdated and inconsistent with the Christian identity of the University.  Moudy also sought to ease concerns about academic performance and interracial dating that had been expressed. 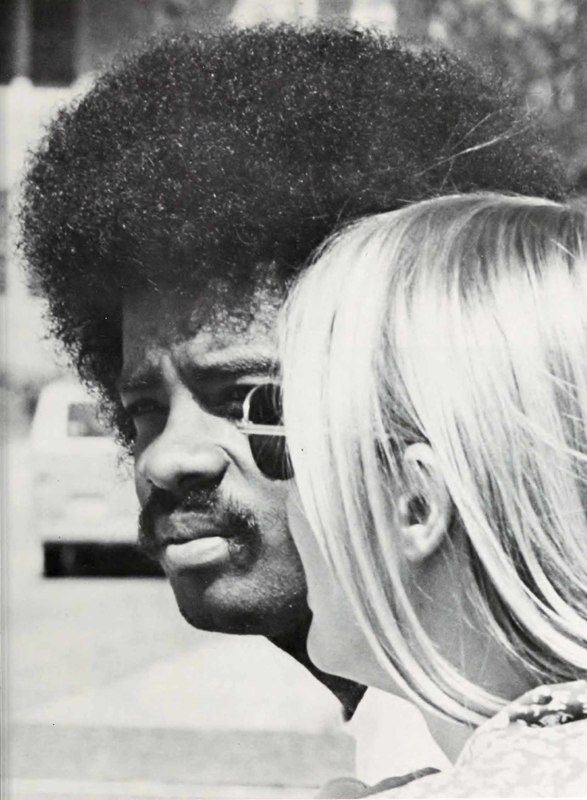 In December 1963, the TCU Student Congress unanimously passed a resolution calling for the Board of Trustees “to remove any racial restriction from admission requirements . . . by the end of the academic year” and urged that the sole test for admission be scholastic qualification. The resolution was developed by Student Body President Mark Wassenich, a vocal supporter of campus integration.

Finally, on January 23, 1964, the Board of Trustees gathered for a special meeting with the sole purpose to discuss and vote on integration.  Chancellor Sadler addressed the Board, “I am convinced that all members of this Board share a common view in one respect – that in the sight of God and the law of our land, all men, all races share equal rights.” After a “spirited” two-and-a-half-hour discussion, the Board voted 21-4 to drop all racial barriers to admittance to TCU. 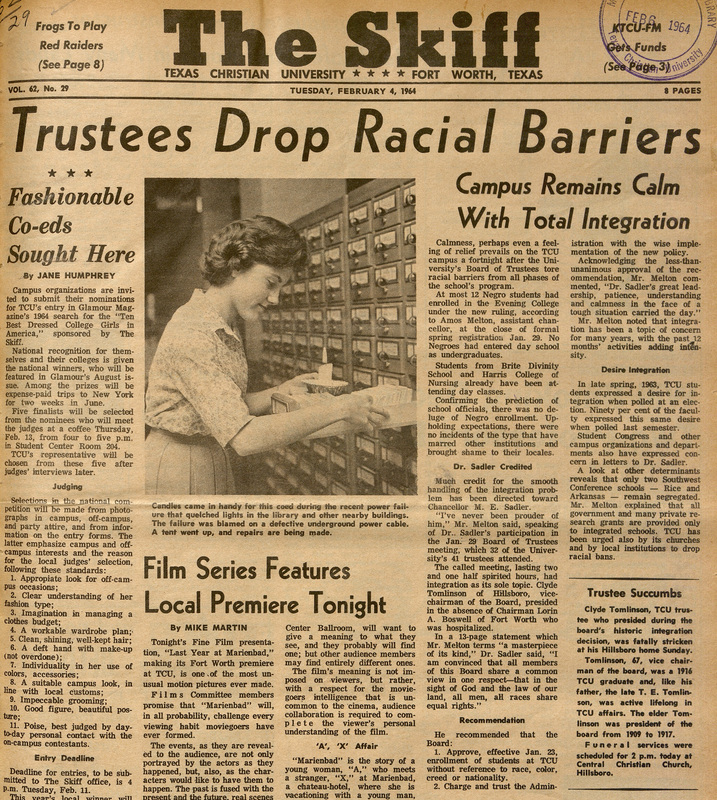 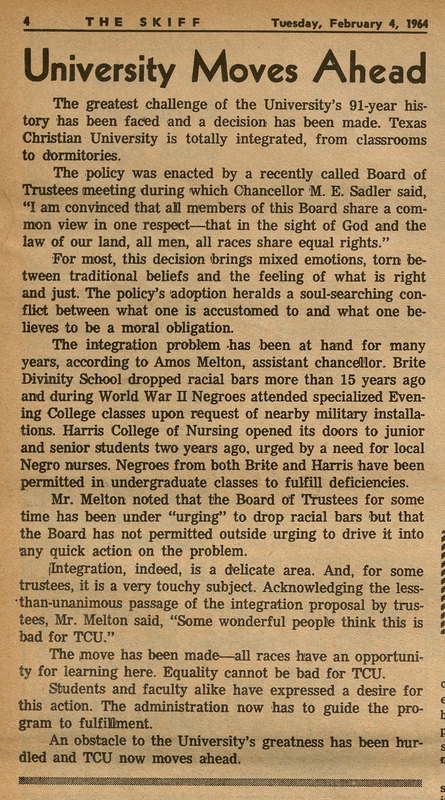