Integration of Harris College of Nursing

In the early 1960s, as integration became a much discussed issue in American society, the student body at TCU gave attention to it.  In November 1960, Reverend Kenneth Henry, a graduate of Jarvis Christian College and Yale Divinity School, was invited to speak on campus on the topic of race.  Signs advertising his appearance were defaced with racial epithets and torn down.  It is not known if the perpetrators were caught or punished, but the student newspaper The Skiff published a scolding editorial entitled “Immature Segregationists” calling out the vandals. 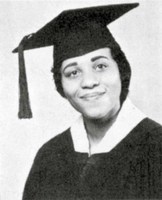 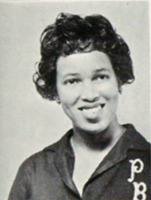 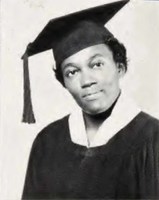 Later that spring, Amos Melton, an assistant to Chancellor Sadler and the director of public relations for the university, stated, “The administration and Board of Trustees are seeking a solution, but they are caught between two forces on both extremes: the conservatives, whose support is needed and who want to keep things as they are, and the liberals, who feel the race issue is a Christian problem which should be solved immediately.” 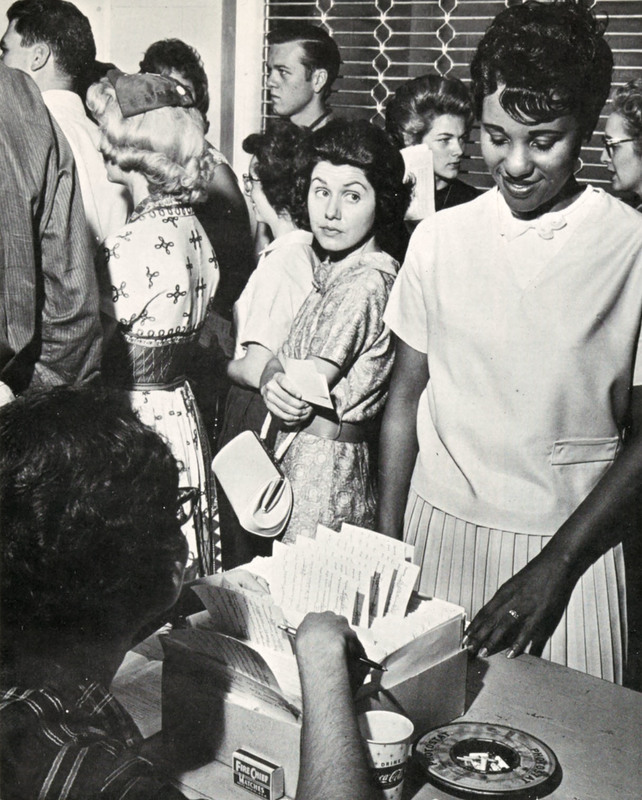 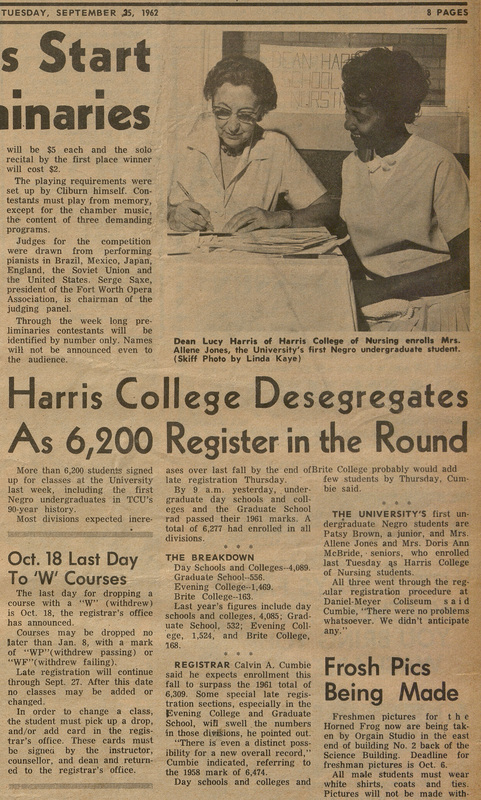 A campus opinion poll conducted in 1962 by the Disciples Student Fellowship showed that just over half of the student body, 54.7%, favored integration in the immediate future.  Broken down by colleges, the strongest support came from Brite and the Harris College of Nursing.  Local physicians approached the University about the urgent need for more Black nurses in Fort Worth and asked Harris College of Nursing to admit Black students.  The Board of Harris agreed, and the Board of Trustees Executive Committee approved the measure.  In September 1962, Patsy Brown, Allene Jones, and Doris Ann McBride registered for class along with 6,200 other TCU students, becoming the first African-American students at TCU.

Harris College Desegregates as 6,200 Register in the Round