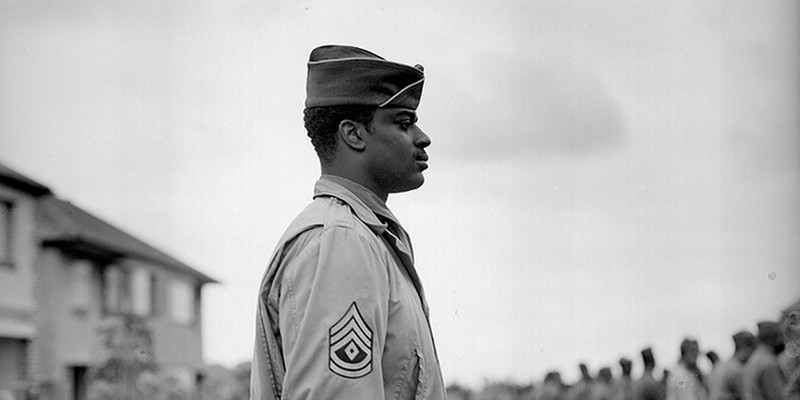 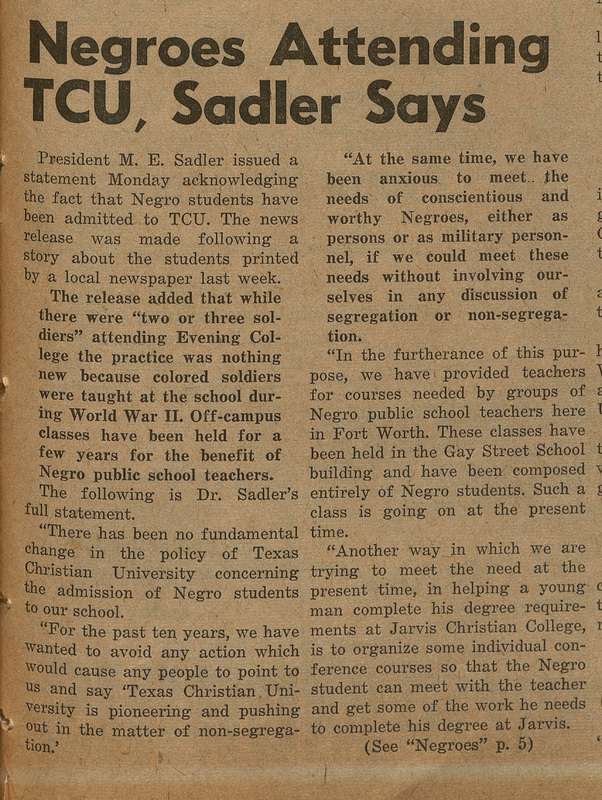 During World War II and through the Korean conflict, TCU assisted war efforts by offering military personnel, among them African-Americans, admittance to Evening College, TCU’s night school, to take specialized training courses.  Tuition was paid by the government. Black  soldiers attended classes at nearby military installations, and, in some cases, on campus and were taught by TCU faculty. They were not, however, considered regular university students and did not receive college credit for their courses.  (TCU does not currently have a record of the Black soldiers who took these courses.) 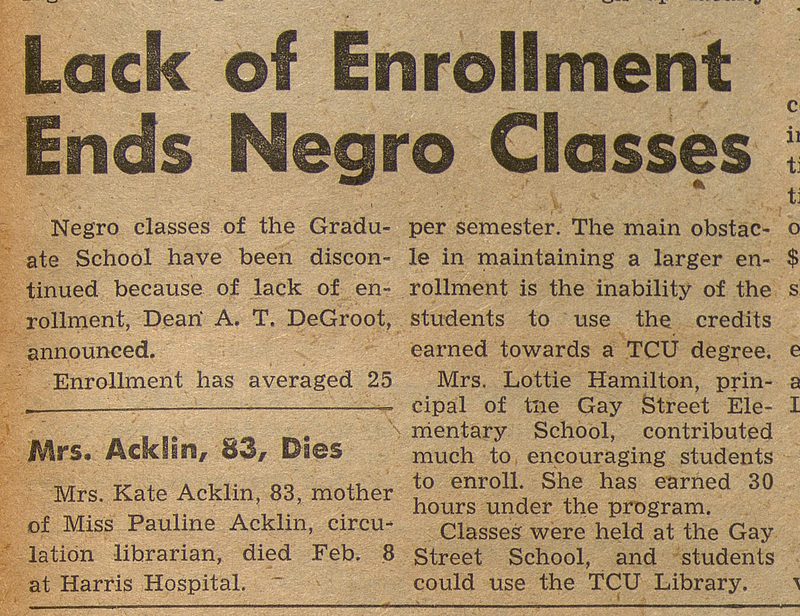 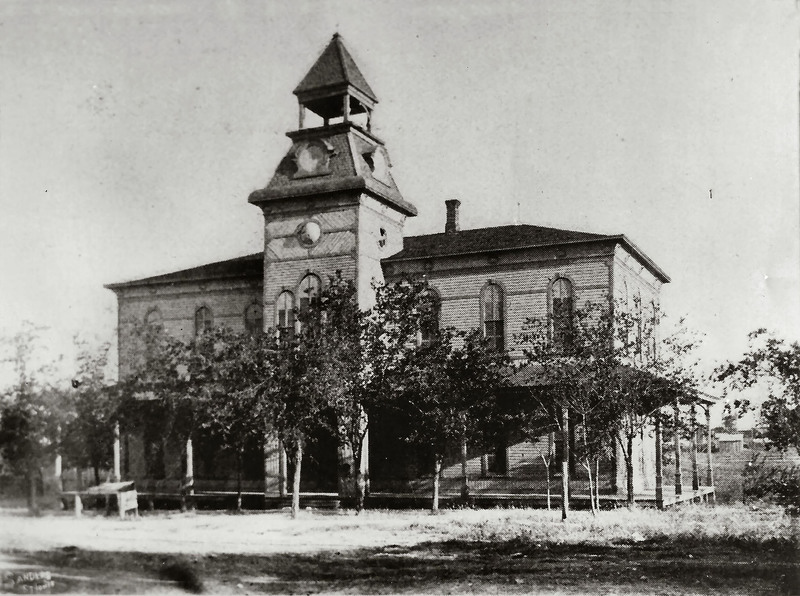 African American teachers in Fort Worth attended TCU Evening College classes at the Gay Street School from 1951-1953 but could not use their credits toward a TCU degree.  At the time, Chancellor Sadler did not want to fully address the question of integration of the student body stating, “We have been anxious to meet the needs of conscientious and worthy Negroes, either as persons or as military personnel, if we could meet these needs without involving ourselves in any discussion of segregation or non-segregation.”  Citing low enrollment, likely because credits did not count towards a degree, TCU stopped offering courses for Black teachers in 1954.