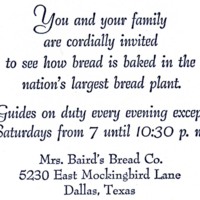 The public was invited to tour the new bread plant in Dallas. 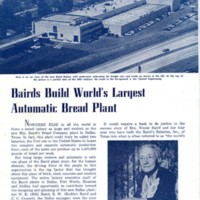 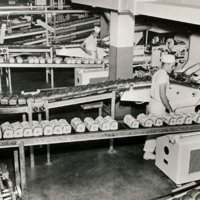 Workers along packaging line in the Dallas plant, 1953. 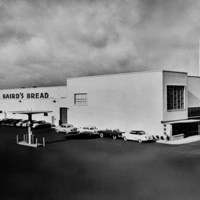 Exterior of the Dallas plant before its opening in 1953.

For 24 years, Mrs. Baird’s operated a bakery at Bryan and North Carroll streets in Dallas.  In 1953, to keep up with growth in the Dallas area, the company opened what was then the largest bread plant in the United States at Central Expressway and Mockingbird Lane.  This 140,000 square foot facility could produce 2,000,000 pounds of bread per week.