Into Texas and Beyond 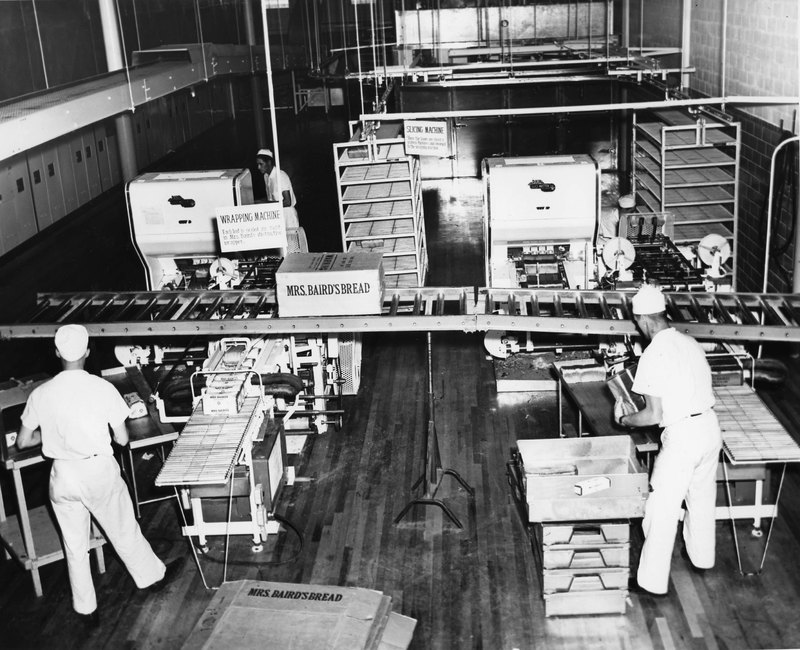 The Abilene bakery opened in 1949. 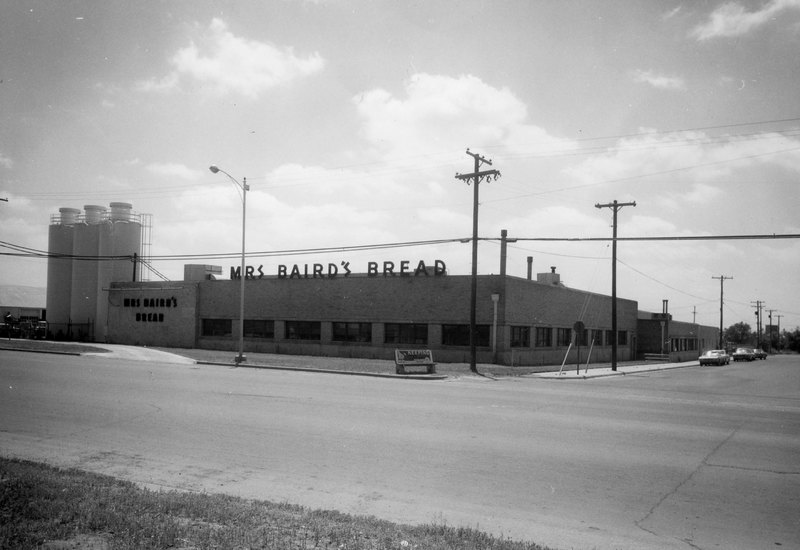 With the successful business firmly established in Fort Worth, the Baird sons encouraged their mother to expand the business and she agreed.  She gave her approval for a bakery in Dallas, and the boys got to work planning the new venture.  The Dallas bakery opened in 1929, with son Roland leading it.  An additonal plant opened in Houston in 1938 with Dewey Baird in charge.  That year, another bread plant opened in Fort Worth on Summit Drive.  Hoyt Baird was in charge of both.

During these years of growth, changes were also taking place in the bread industry.  In the early 20s, wrapping machines were introduced.  Sliced bread came around in 1927.  In 1936, Mrs. Baird's began hand-twisting bread, an innovative baking technique that intertwined two pieces of dough into one loaf.

In 1949, Mrs. Baird's expanded to Abilene, with Bill Baird at the helm.  In 1953, a huge new bread plant opened in Dallas, at the time it was the largest automatic bread plant in the nation.  Additional bakeries were purchased in Lubbock, Victoria, Austin, and Waco.  In the early 1980s, the company began selling bread in New Mexico.