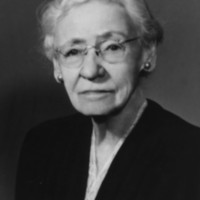 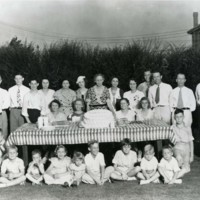 Ninnie celebrated her 90th birthday with family in 1959. 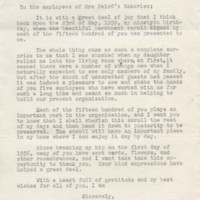 Ninnie expressed her thanks for Mrs. Baird's employees honoring her birthday in 1959.

After 1920, Ninnie stopped working full time at the bakery.  She retired to a home she built on Rogers Road.  Though she was no longer involved in the day-to-day running of the company, she continued as an active head of the business until her death in 1961. 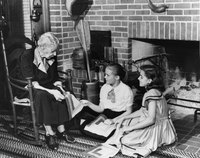 Ninnie Baird and her great-granddaughters Sherry Whitehead and Barbara Winter.

By the time of her death, the business she started in her home kitchen had grown to 12 plants with over 2,500 employees and was the largest family-owned bakery in the country.  The family sold the company to Grupo Bimbo in 1999, but Ninnie’s legacy lives on in the Ninnie L. Baird Foundation.  Her bread and Mrs Baird’s products are a staple in kitchens throughout Texas and beyond.