From Writer to Author 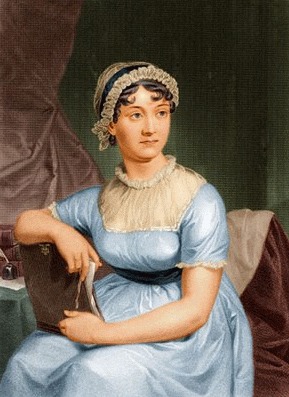 Nineteenth-century Britain saw a rising popularity in female authorship while women's roles were more domestic than ever.  Their prolonged time at home allowed women more time for reading and writing.  The combination of their domestic role and increased writing habits resulted in the rise of anonymous publishings and pseudonym use.

Many 19th century female authors chose to publish anonymously or under a pseudonym due to the stigma attached to women during this time period. Though most women did in fact receive some level of education, they were widely viewed as dainty, fragile, and frivolous beings who were best suited for the domestic duties of a housewife.

Women who were particularly interested in reading and writing (especially those who were deemed physically attractive and therefore had no need for such learnings) were often referred to as "Bluestockings."  It was believed that such women were sacrificing their beauty and the leisurely lifestyle bestowed upon them on matters much better suited for the intellectual man.

Pseudonyms and anonymity for female authors were also popular amongst the desires of publishers. Books would have a better chance of selling under the disguise of a seemingly masculine name. Therefore, publishing anonymously or under a pseudonym was sometimes the only way for a woman to sell their work to a publisher.

At TCU's Special Collections, we possess an impressive collection of 19th century works by women who sought to overcome this stigma by pursuing their passions in writing.  These works, including first editions by popular authoresses such as Charlotte Brontë, Mary Shelley, and Jane Austen, not only verify that there was in fact a stigma, but also reveal the construction of authorship in the 19th century.

Jane Austen →
From Writer to Author