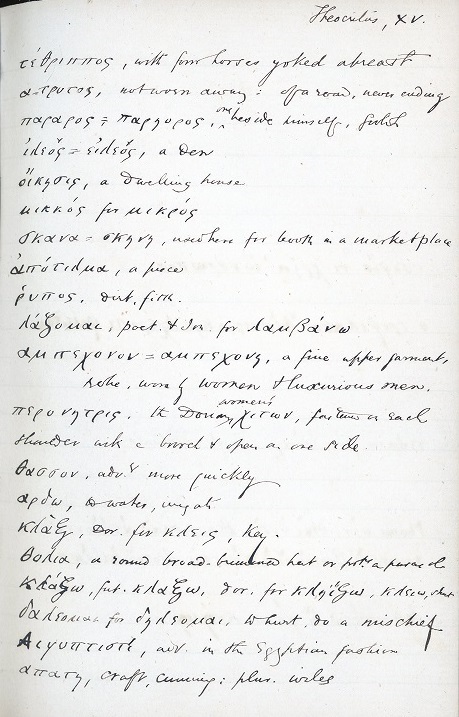 Mary Ann Evans was an English writer and novelist popularly known by the pseudonym George Eliot, under which she published all of her written works.  Evans first chose to write novels out of financial need.  After sending her first work, Scenes of Clerical Life, to be published anonymously, the publisher responded that "he had lighted upon a new Author who is uncommonly like a first class passenger."  This positive feedback inspired Evans to offer a name, albeit a pseudonym, George Eliot.  Evans went on to successfully publish many additional works, including novels, poems, and histories.  Her most successful novel, Middle March: A Study of Provincial Life, was inspired by the town of Coventry, England, where she and her father moved after her mother's death.

The George Eliot Fellowship has discovered that Mary Ann Evans had even received praise in and 1858 letter from Charles Dickens, who joked about wanting to address her as a woman because "no man ever before had the art of making himself mentally so like a woman since the world began."

Special Collections houses many of Evans' novels, as well as some essays and poems.  Most notable, however, is our one-of-a-kind manuscript of Mary Ann Evans' notebook on Greek vocabulary.  This manuscript gives us a look at Evans' thoughts and opinions of certain philosophers.  It also reveals the intellectual quality of Mary Ann Evans' thought, as she was involved in academic teachings, not just the romantic novel that was more popularly written by 19th-century women.