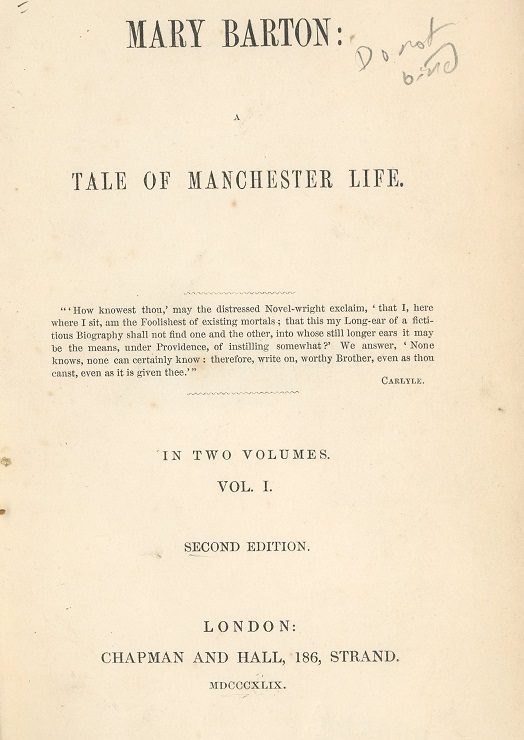 Elizabeth Gaskell was an English novelist and author of many short stories.  Her first published novel, Mary Barton, was inspired by the industrial city of Manchester and the "care-worn men, who looked as if doomed to struggle through their lives in strange alternations between work and want," and for whom she "felt a deep sympathy," as she explained in the preface.  Though she published her early works anonymously, her explanations in this preface, including her sympathy for working men and a desire to write a romantic novel, may have suggested to her audience that she was perhaps a woman author.

Mary Barton became popular shortly after being published but was received with mixed reviews, mostly relating to a seemingly exaggerated portrayal of the effects of industrialization on the working man.  Gaskell won praise, however, from Charles Dickens, who even asked her to contribute to his journals.

Gaskell was also closely acquainted with English novelist, Charlotte Brontë, and published a meticulously researched biography of Charlotte's life after her death in 1855.