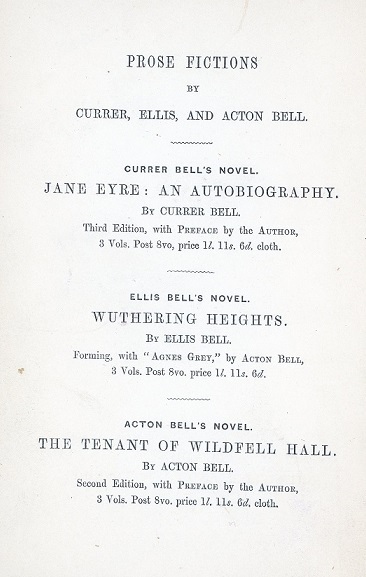 Anne Brontë, sister to Charlotte and Emily Brontë, was the youngest of the three sisters.  Anne was particularly fond of writing poetry, and many of her works were published posthumously under her own name. Special Collections has one such work entitled Self Communion, published in 1900 along with only 29 other copies.  This copy includes facsimiles of her manuscript, which was uncharacteristic of the Brontë sisters' usual writings in that it was written in full-sized text as opposed to their traditional works written in such small text and books that they were not easily discernable.  According to the private publisher, this verified the mature level of thought put into Self Communion by Anne.

Her earlier and most popular works were published under the pseudonym Acton Bell.  The compilation of poems by Anne, Charlotte, and Emily entitled Poems and published under their personal pseudonyms were written in the same "mature" manner as Anne's Self Communion.